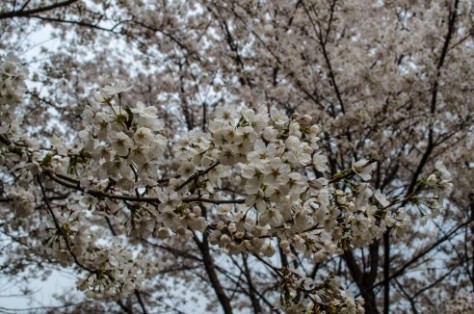 Among the first flowers that tend to bloom are the cherry blossoms and the sansuyu flowers. So in that spirit, I headed down south to the city of Icheon (an approximately one hour bus ride south of Seoul) for the Baeksa Sansuyu Festival. This festival is one of the first of the spring season. 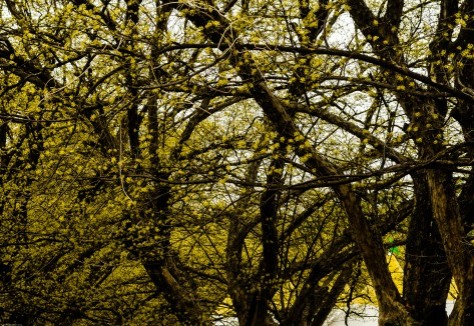 But since spring flower festivals are entirely weather and flower dependent, there is a potential for disappointment. For me, the two biggest disappointments are rain and missing the blooming season. Both of those were present for this festival. The sky was gray and gloomy with increasing sprinkles of rain while I was at the festival. Having never seen sansuyu flowers before, I couldn’t know for sure, but it really seemed that the festival was a week early. Sure the yellow flowers were blooming, but I don’t think they had hit full bloom when I visited. 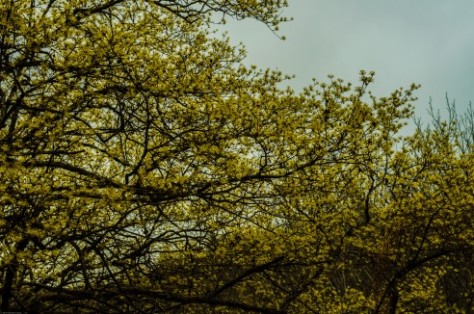 There were also a few cherry trees at the festival site for a nice color contrast. 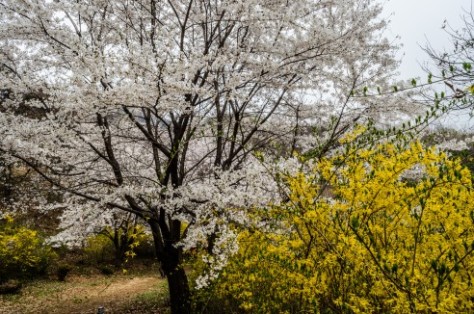 After the festival, I walked around Icheon for a bit, and enjoyed the cherry blossoms at the park before heading home to Seoul. 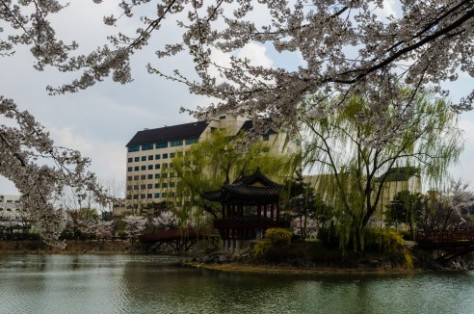