The second half of my day trip to Nami Island was a visit to the  Morning Calm Arboretum. I had visited before a year ago for the winter Lighting Festival, but wanted to see it in the full light of the spring blooming season. 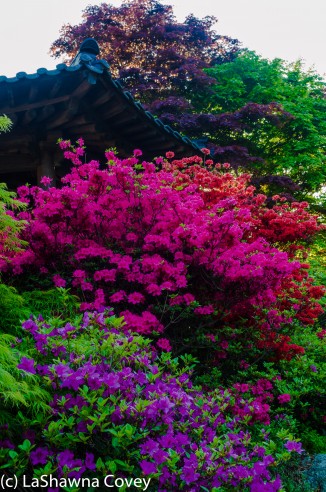 I was done with Nami Island by noon, so I figured I would hit the arboretum by 1330 and be on the train back to Seoul by 1700. Well…that was the intention anyway, but the reality was far different. The next shuttle bus was due at 1215, but over an hour and a half later, that bus still had not arrived. Finally a bus did arrive, and I got on it, but it only went as far as Petit France, which is a fake French theme park between Nami Island and Morning Calm Arboretum. 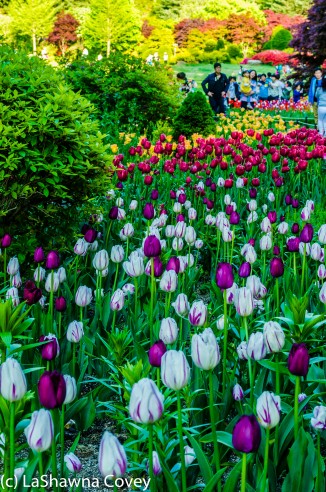 Eventually a bus did arrive, and I figured I was home free to get to the arboretum and enjoy a couple hours of viewing before heading home. Again, that was the plan. However, this was a day when the bus ran into the absolutely horrific Korean traffic in places. Due to the VERY long line to get a parking space, it took the bus well over an hour to arrive at the arboretum. By this point, I had about an hour and a half to enjoy the flowers before having to catch a bus back.

After all this waiting (which isn’t something I am particularly good at) in the hot sun, my mood was a bit surly, and wasn’t helped by the hordes of crowds at the garden. But once I was able to relax and take in all the colorful flowers, my blood pressure stopped dropping.

The one upside to this extended delay is that I missed the harsh overhead sunlight in the middle of the day, and instead was treated to the softer, more attractive light from the setting sun. I still wish I had more time to enjoy the garden, because there were so many beautiful flowers. The azaleas were about at peak bloom. The multi-colored tulips were throughout the garden, and a wide variety of other wild flowers was interspersed throughout the gardens. 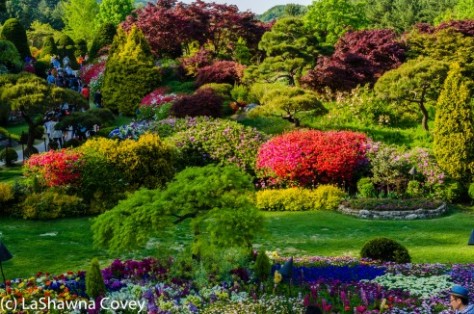 The arboretum is a very beautiful place to visit, though you will definitely have to fight through the considerable crowds in the afternoon.If I had to go again, I would go in early morning right when it opens around 0830.  I’ve found that the best time to visit any popular place in Korea is in the morning, because crowds don’t tend to show up until late morning/early afternoon. 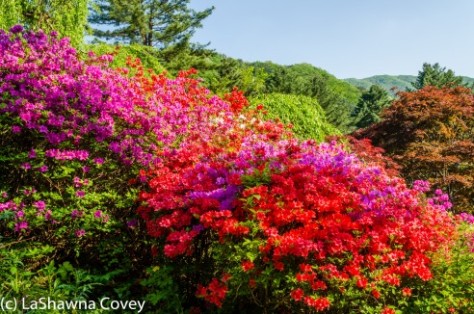 Getting back to Seoul from Morning Calm Arboretum is pretty easy. There is a bus that leaves on the hour heading toward Cheongpygeong Station, which is a stop on the metro line and the ITX line back to Seoul. If you love beautiful flowers, this is definitely a great place to see them.