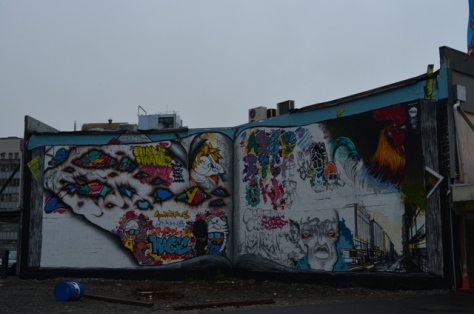 I’ll be honest and say that I don’t often pay attention to street art when I visit cities. It’s not that I have an aversion to it or anything; it’s just that I don’t notice it very often. 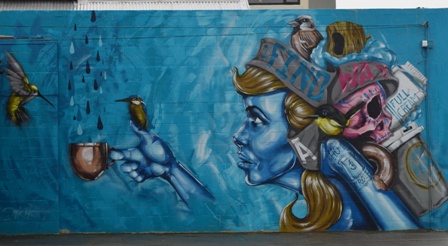 But for some reason it stood out for me very much when I visited Christchurch. It’s not that I think that Christchurch is more of a street art haven than places like New York City or London. Maybe because Christchurch is so small that it was all easy to notice. Maybe my eyes were just more open to noticing it all. Maybe it is because wild, colorful street art is such a contrast to Christchurch’s staid, conservative reputation. 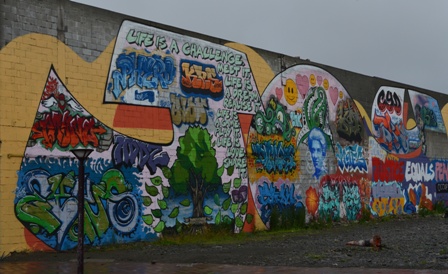 In any case, I very much enjoyed looking at all the art that provided color and interest to the city. 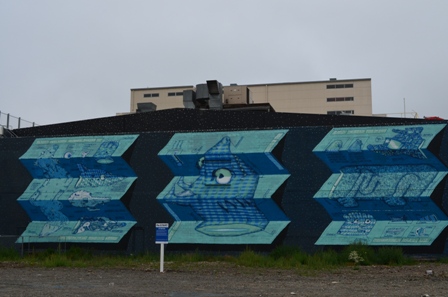 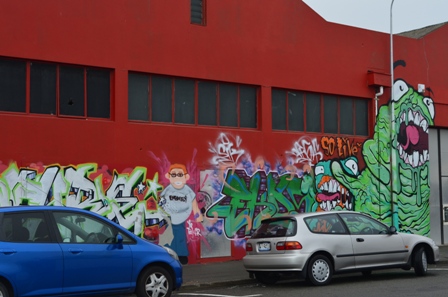 Some of the art was more of deliberate, planned outdoor art installations. 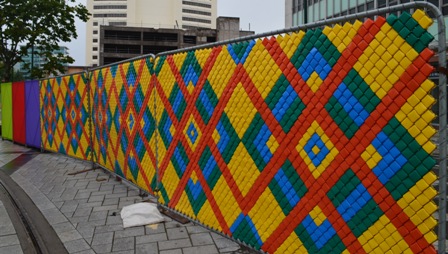 These installations were particularly prominent around Cathedral Square, which reopened in June 2013 and is kind of of the hub of Christchurch’s regeneration. The installations were titled “A Vast, Changing Canvas” and its purpose was to show that “in the city’s altered centre, art, storytelling and the realm of the imagination claim a vital role. Artists Chris Heaphy and Sara Hughes have unleashed colour, pattern and energy to communicate an active sense of possibility.” 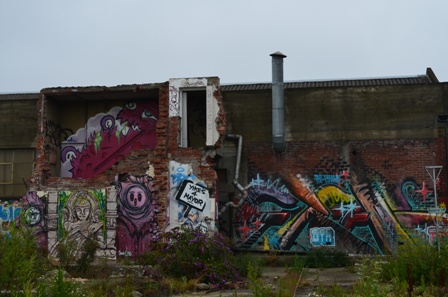 All the street art in Christchurch (both the deliberate and more spontaneous) really did serve to brighten up the city and showcase the possibility of art. 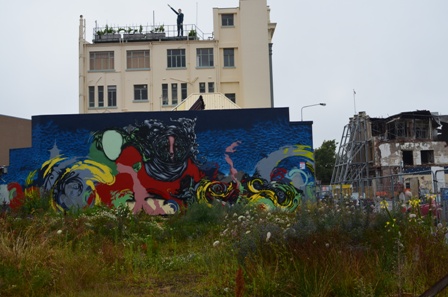