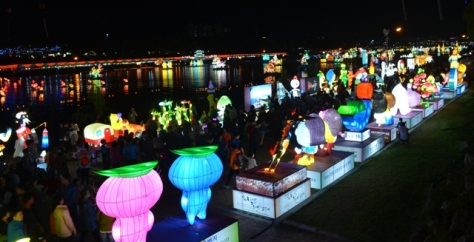 The Jinju Lantern Festival is pretty during the day, but it really comes alive and is very beautiful at night when all the lanterns are lit up all along the river. 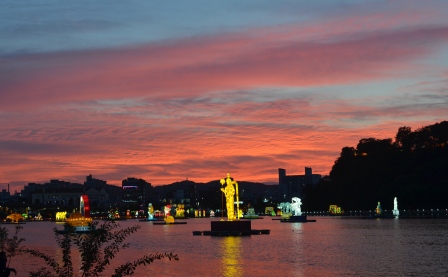 I relaxed along the river and watched the sunset. As the sun dropped below the horizon out of view, the salmon pink colors just washed across the sky and the river, casting a pink glow over everything. Once the sky turned dark, the lanterns and the Jinju Fortress lit up all along the river. 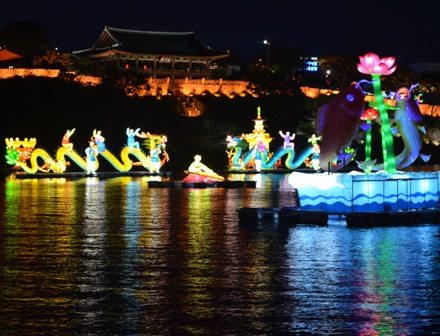 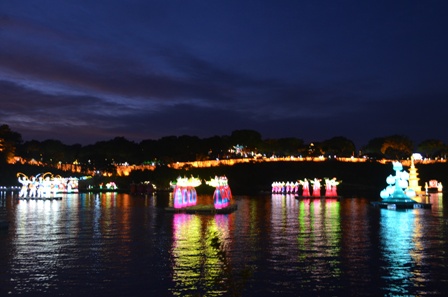 All that peace and quiet from earlier in the day went out the window after the sun went down. The lantern festival comes alive with beauty at night, so of course that is when the people swarm the festival. 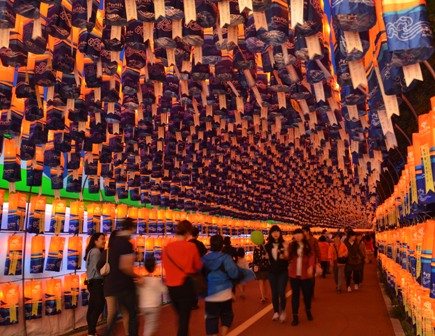 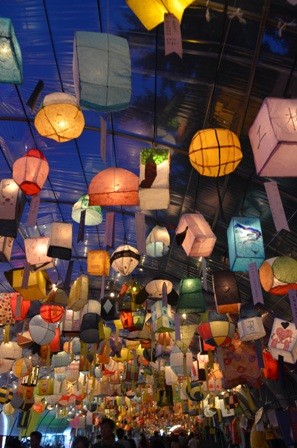 Since I elected to take the train back to Seoul, the last train that connected me to Seoul that night left the station at 20:26. So that left me with about two and a half hours to enjoy the night festival. Of course factor in the time to try and get a taxi to the station, and that left me with an hour and forty-five minutes. I found myself running up against the clock enjoying the lanterns, ignoring the crowds as best as I could, taking all the pictures I could and taking in the view as much as possible. 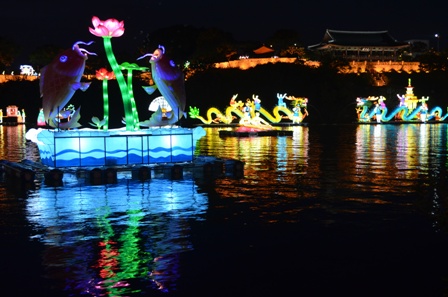 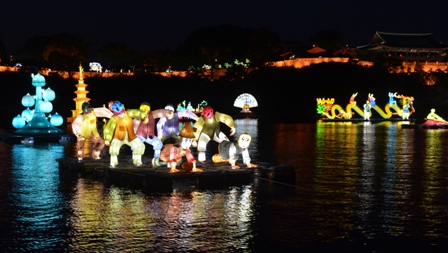 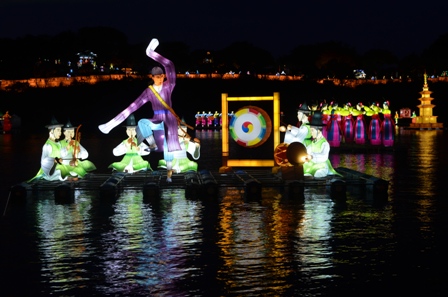 All the lanterns in the Jinju Fortress really came alive at night. I only saw part of the fortress at night, since I was on a tight time schedule. 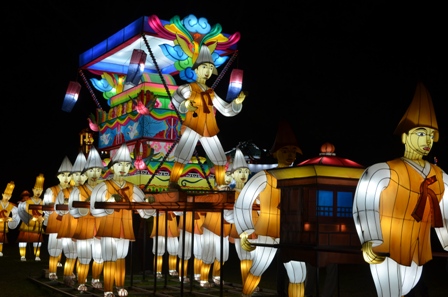 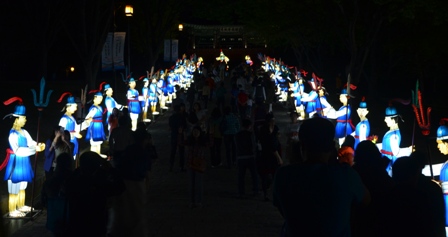 I ran out of time at the end of the evening. I probably should have taken a late bus back to Seoul so I didn’t feel rushed at the end. Of course, that would have gotten me back into Seoul well into the middle of night after the subways were shut down. So hey, I saw everything I wanted to in the evening. I just didn’t relax and take it all in. But frankly, with the sheer crush of people milling all about, I think I would have started wigging out among all those strangers if I had stayed longer.

If you like lanterns, I highly recommend the Jinju Namgang Lantern Festival. The festival is held the first two weeks in October.

One thought on “Jinju Namgang Lantern Festival 2013 at night”