The third day of the Queen Charlotte Track happened to be the longest, hardest slog of the track, AND it also happened to be Christmas Day. So this day was sort of a day of treats. The first treat was Mother Nature’s Christmas gift to us hikers. The day was bright, warm and sunny- a complete contrast from the day before. It’s amazing how much some sunshine can transform a natural setting from blah to astounding. The second treat was the “treat” I gave my body that day, though I’m sure it eventually thanked me later after it stopped aching and I got some deep sleep.

Like I said earlier, today was the longest day of the track. It was 24.5 kilometers and it took me eight hours to get to my next destination of Portage Resort Hotel, though granted, that time included stops for rest, photo opportunities and lunch. I was particularly grateful today to only have to carry a day pack, and even though Cougar Line doesn’t operate on Christmas Day, they transferred my pack to my hotel the night prior. The sun was hot and bright for the duration of the walk (sometimes it felt too hot and bright). Part of the walk was under well-shaded forest trees, and other parts were on top of the exposed ridge line. The views of Endeavor Inlet, Kenepru Sound, Marlborough Sound and the like were astounding. 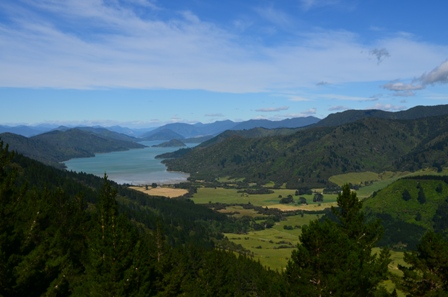 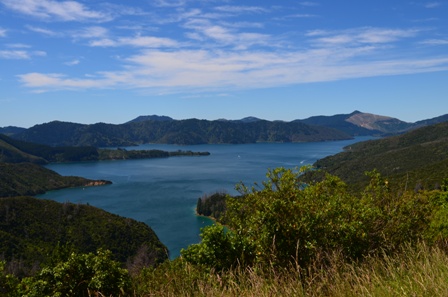 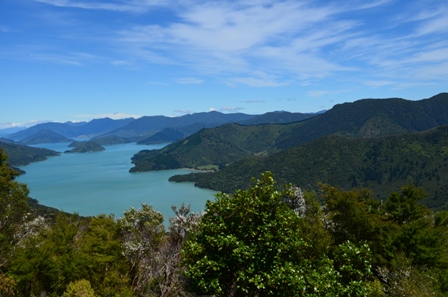 This walk also had some of the steepest inclines, and my poor calves were screaming at me to stop at times. In particular, they nearly rebelled during the short, but VERY steep climb up to Eatwell’s Lookout that gave me a panoramic view of the sounds. Lunch was also on a bench in front of a particularly scenic view. 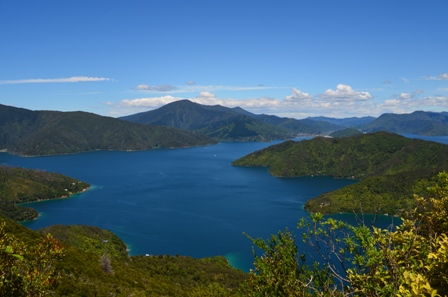 The worst part was the last two hours. It wasn’t difficult. In fact, it was mainly a gentle ascent and descent of the trail. But by that point, I had been walking six hours and I was hot, tired, and fantasizing about a good shower and a massage. But I made it to my destination, which was my third treat of the day.

I spent the night at the Portage Resort Hotel, and it was wonderful to indulge in a small bit of luxury amid all the huts and hostels I normally stay at. My hotel room had an excellent view of the sound, and I capped off the day with a cool swim in the unheated pool by the beach. My day ended with a very tasty (though rather pricy) Christmas Day buffet. Though it was kind of funny how the maitre’ d didn’t even have to ask my name when I showed up to be seated. After all, I was the only one who booked a seating for one. By the end of the evening, I pretty much crashed into my bed for a long summer’s nap (I was in the South Hemisphere after all).