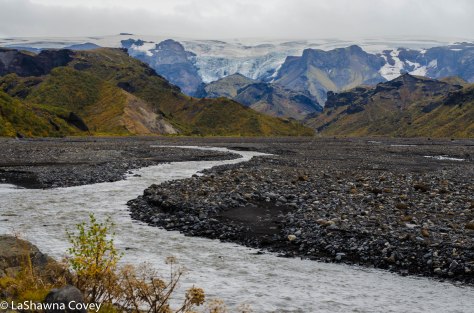 When planning our second trip to Iceland, I had to balance doing the same things again, and doing completely new things. Outside of the Reykjavik daytripper radius, it was all new to my mother, so she was pretty much up for anything. I knew there were things that I had seen in the past, that she just had to see. Then there were things I wanted to do again, because this trip was during a different season. And there were things that were new to both of us. That was our day trip to Porsmork.

I was looking for new experiences, and during the course of researching this trip, I read about Porsmork and was intrigued. Porsmork is a nature reserve in southwestern Iceland that is filled with glaciers, rushing rivers, beautiful and colorful mountain views and verdant foliage. 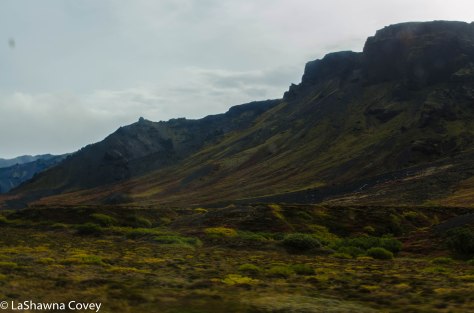 What also intrigued me about Porsmork, is that even though it is not that far from the Ring Road in terms of geography, it is extremely hard to do an independent visit to Porsmork. Basically, unless you have a super high clearance vehicle AND good experience fording deep, rushing rivers, it is strongly advised that you go as part of a tour group.

So after some research, I selected a day trip to Porsmork with Extreme Iceland. They take these Super Jeeps that are capable of fording the rivers and take you out and about through Porsmork, stopping to look at glaciers and do some short local hikes. It seemed easy enough in terms of physical effort and a great way to see this part of Iceland I didn’t see my first trip.

Since we were coming from south Iceland to meet our tour, we elected the meetup at Seljalandsfoss, a beautiful waterfall that is close to the entrance of Porsmork. There is a paved road for a time after the waterfall, but soon enough, the road goes to gravel and starts to get much rougher. We trundled along at a nice clip, getting a good view of the nearby mountains and rivers, until we reached our first stop, which was a view of the small glacier of Myrdalsjokull.

This entire area around Porsmork was near ground zero for the massive eruption of Eyjafjallajokull in 2010, and the heat from the eruption abruptly melted a good chunk of the glaciers and formed these huge, rushing rivers. 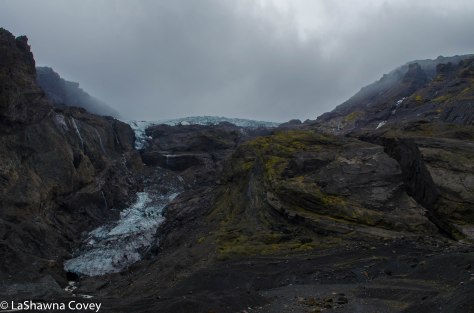 It was around this time that the weather took a turn for the worse. It started out cloudy, and I was hoping that the predicted rain would hold off until the tour was over, but we were not that lucky. The weather wasn’t cold, but it was definitely wet, but in the beginning, the rain wasn’t too bad. 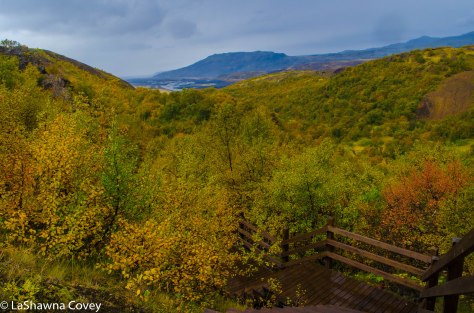 Due to the rising river levels because of the rain in recent days, we didn’t do one of the short hikes into Stakkholtsgja, which is a canyon that ends in a nice waterfall. The hike is through a canyon with a river flowing through it, and the river level was a bit too high to comfortably and safely hike to the waterfall.

So instead, we drove out to Husadalur (Volcano Huts Porsmork), which is a terminus to the multi-day Laugavegurinn hike. It has a nice hut tucked into the forest, but is also near one of the many rivers in Porsmork and affords a beautiful view of the surrounding mountains.

The rain had lessened by this point, so we were able to do a short hike from the hut to a nice overlook of the valley. Even though we were in Iceland in mid September, the weather was cool enough that fall foliage had emerged in full. Having nothing to compare it to in Iceland, it certainly looked like south Iceland was near peak fall foliage. As a lover of fall foliage everywhere, it was great to see the colorful leaves as far as the eye could see in Porsmork.

By the time we got back to the van, the rain was coming down in earnest. We had a short lunch break at another hut of Basar. This hut was very nice, tucked in among the colorful trees and abutting steep mountains overlooking the site. I would have liked to enjoy it a bit more, but the rain was annoying enough that I wanted to get inside and stay dry. 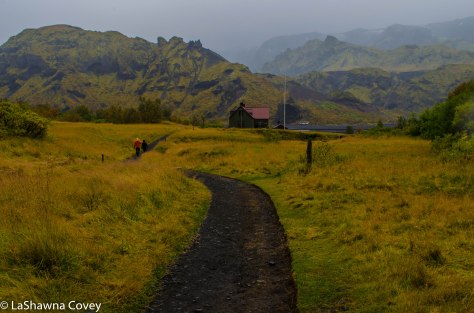 After lunch, it was time to depart Porsmork, and this is when things got fun. The rain had been coming down for a while, and the river levels had risen even higher. This is when it is obvious why you need a super high clearance vehicle (though we saw one independent SUV make the the fordings, but we were all looking with baited breath to see if they would get stuck in the river and need to be rescued). I definitely would not want to visit Porsmork on my own, because even if I had a vehicle with high enough clearance, I have zero experience fording rivers, and there is an art to crossing these types of rivers safely. 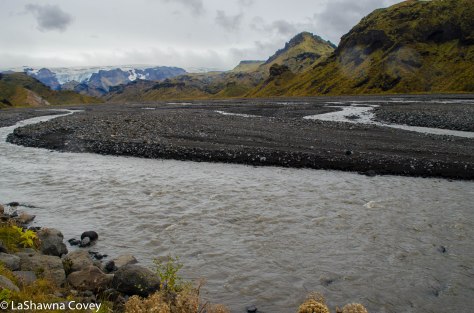 Even though we didn’t get to see everything due to the rain, it was still a very pleasurable day trip. We got to see a part of Iceland that is not easily accessible, and just enjoy the isolated beautiful nature. If you have the time and money (the tour is not cheap, since it costs rougly $230-$250 per person, depending on where the tour picks you up), I definitely recommend a jaunt out to Porsmork. 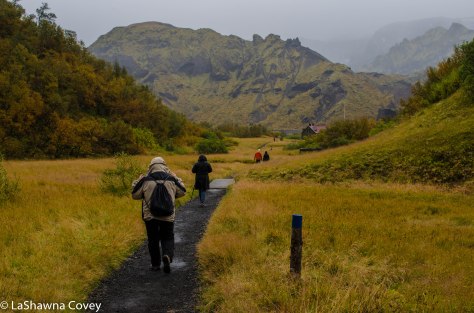 One thought on “Tramping through the Fall Foliage of Porsmork”